Amidst the mayhem and murder recounted in Vigilante Days and Ways, Nathaniel Pitt Langford's (1832-1911) classic tale of settling the Northwest, comes a small story of Masonic grace and brotherhood.  One William H. Bell was the first citizen to die of illness in the Bannack, Montana settlement which, thanks to the discovery of gold, was quickly populated in the early 1860's.  Most deaths in the area at the time were the result of violence, as Langford's 2 volume work graphically illustrates.  But, when Bell knew he was dying, he requested a Masonic burial.  Langford, also a Mason, at first deemed the request impossible as he didn't think enough Masons could be found.  Nevertheless, Langford writes in Chapter XXIII....

A request for all the Masons in the gulch to meet on Yankee Flat at the cabin of Brother C.J. Miller, on the evening of the day of Mr. Bell's death, greatly to our surprise, was so numerously responded to, that we found it necessary to adjourn to more commodious quarters.  It was past midnight before the forms of recognition were fully administered, and preparations completed for the funeral.  So delighted were all to meet so many of the order, that before we separted it was virtually understood that early application should be made to open a lodge.  In the meantime, we agreed to hold frequent meetings.

The funeral ceremonies, the next day, were conducted by myself.  The strange peculiarities of the occasion added a mournful interest to the impressive truths of the ritual.  A large congregation had assembled,  Near by, and surrounding the grave, stood the little band of brethren, linked by an indissoluble bond to him for whom they were performing the last sad office.  With clasped hands and uncovered heads they reverently listened to the solemn language which in that far off land committed one of their number to his mother earth; while farther away, and encircling them, stood a curious multitude, whose eager gaze betrayed that they were there for the first beheld a Masonic burial ceremony.  Among this latter number might be seen many whose daily lives were filled with deeds of violence and crime...How strange it seemed to see this large assemblage, all armed with revolvers and bowie-knives, standing silently, respectfully....

The ceremonies were conducted to a peaceful conclusion, and the assembly quietly dispersed.  But from this time onward, the Masons met often for counsel.  Among them there was no lack of confidence, and very soon they began to consider measures necessary for their protection.....It is a remarkable fact that the roughs were restrained by their fear of the Masonic fraternity, from attacking its individual members.  Of the 102 persons murdered by Henry Plummer's gang, not one was a Mason.

time it arrived from Nebraska, most had moved on to Virginia City.  He was instrumental in starting the Lodge in Virginia City, Montana in 1864 and went on to be named Grand Historian in 1866 and Grand Master of Montana in 1869.  Though known for bringing the institution of Masonry to Montana, he is also known as one of the early founders of Yellowstone National Park.  He was part of the Washburn party in 1870 and later named first Superintendent of the park.

Additional information on Langford may be found in both Montana and Minnesota archives: 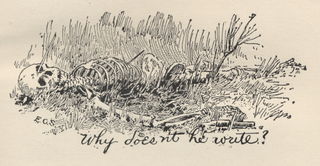 Illustrations all from Vigilante Days and Ways : the Pioneers of the Rockies ; the Makers and Making of Montana, Idaho, Oregon, Washington, and Wyoming.  Boston : J.G. Cupples, 1890.