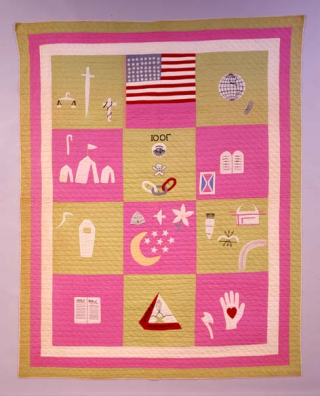 Freemasonry and the Growth of Nursing during the Civil War

Research into this recent acquisition to the collection of the Scottish Rite Masonic Museum & Library highlights the Fraternity’s efforts to support the Union through the creation of the Masonic Mission, an agency created and “managed wholly by Masons.”

During this same period, another member of the Masonic family tree, Sarah P. Edson, a volunteer nurse, and possibly a holder of all the Adoptive Degrees, sought to address the growing need for nurses on the front lines. After her first effort to create a training school for women nurses met with opposition from the Sanitary Commission and the Surgeon General of the United States in a Senate committee, Edson sought the help of New York’s Freemasons. In response to Edson’s pleas, the “Army Nurses’ Association was formed . . . and commenced work under the auspices of the Masons” in the winter of 1862.

By the time of the Battle of the Wilderness (May 5-7, 1864), Union surgeons on the front lines requested that Edson, who had rushed to help at the front, send ten of her “nurses then receiving instruction as part of her class at Clinton Hall, New York.” The Masonic Mission was formed shortly after, and by the time of the Battle of the Crater (July 30, 1864), the agency worked in partnership with the Sanitary Commission, the Christian Commission, and other state and local agencies to help the Army create a “hospital tent city, which could care for twelve thousand patients.”

After a brief period of success, political clashes with the Sanitary Commission and the failure of its managers to pay its female nurses led to the demise of the Masonic Mission as a school for Army nurses. The Mission would refocus its efforts on aiding the North’s poor who were hit especially hard by the rising cost of coal for heating and flour. Sarah P. Edson’s ambitious plan to create an Army-based school for nursing would have to wait until Congress established the United States Army Nurse Corps in 1901, and the Navy followed suit in 1908.