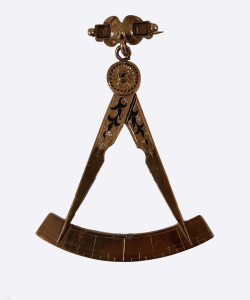 In 1850, William Fessenden Allen (1831-1906), arrived in Honolulu, Hawaii. Eighteen years old, he had traveled aboard the Eliza Warwick on a 130-day journey from Boston. He had journeyed to Hawaii with his family, when his father, Elisha Hunt Allen (1804-1883), a lawyer, and congressman from Massachusetts, began his term as United States Consul to Hawaii under President Millard Fillmore (1800-1874). Elisha Allen’s U.S. Consul term concluded with the end of Fillmore’s presidency in 1853, but the family, including William, stayed in Hawaii. They later became citizens of the Kingdom of Hawaii.

Allen worked in bookkeeping for C.L. Richards & Co., a ship chandler,  before following in his father’s footsteps to work in civil service. He served as the Collector General of Customs for the Kingdom of Hawaii, and in a variety of other government roles for King Kamehameha V (1830-1872) and King Kalakaua (1836-1891). After the overthrow of the Kingdom of Hawaii in 1893, Allen served on the Advisory Council of the Provisional Government of Hawaii and then as the Executive Council of the Republic of Hawaii.

The shape of Allen's Past Master's jewel resembles many made in the United States around the same time. The decoration of the jewel in black enamel, combined with bright gold, shares features with a style of jewelry that became popular with Hawaiian consumers in the late 1800s. This style of jewelry, now called Hawaiian heirloom, emulated the black enameled mourning jewelry of the time that bore black letters and designs.

The heirloom style first crafted in Hawaii the early 1860s usually included a decoration in the shape of a floral scroll or filigree design accompanied with black enamel old English script lettering on a bright gold band or bracelet. The style purportedly grew in popularity on the Hawaiian Islands in the 1800s after Honolulu jeweler, Christian Eckart (1831-1875), crafted the “Hoomanao Mau” or “Lasting Remembrance” bracelet in 1862 for Lydia Paki (1838-1917), later known as Queen Lili’uokalani. The Queen wore the bracelet, adorned with Hawaiian text and symbols of Hawaiian royalty, throughout her lifetime. The unidentified craftsmen who made Allen's Past Master's jewel may have taken his inspiration from the locally popular Hawaiian heirloom style or from the fashionable mourning jewelry worn during the Victorian era. An active Freemason throughout his life, Allen took part in the dedication of the newly built Masonic Temple in Honolulu in 1893 and continued to participate in the organization until his death in 1906. His Past Master's jewel is evidence of his involvement in Masonry in his adopted nation of Hawaii.

Do you have any items related to Freemasonry in Hawaii? Have you seen a Past Master's jewel like this?  Leave us a comment below.