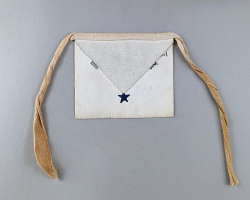 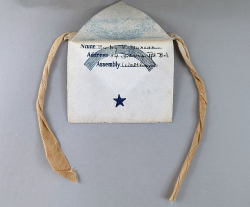 The International Order of the Rainbow 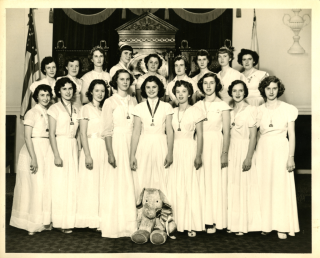 The Scottish Rite Masonic Museum & Library recently acquired some items related to the International Order of the Rainbow for Girls, a group commonly known as the Rainbow Girls. The organization, founded in 1922 by Reverend W. Mark Sexson (1877-1953), was created for young women ages 11 to 20, whose fathers or family members were members of Masonic organizations. The group is now open to any girl interested in joining and offers a “Pledge” group for younger girls aged 8-10. The Rainbow Girls Headquarters have been located in McAlister, Oklahoma since 1951 and according to the Rainbow Girls organization, there are presently more than 850 assemblies that meet regularly around the world.

The Rainbow Girls organization was one of many Masonic-sponsored youth groups organized in the early 1920s to help teenage boys and girls develop “good citizenship and sound character.” Like Freemasons, the groups incorporated elements of ritual into their meetings and ceremonies. In 1922, Sexson, a 33°Mason, developed the Rainbow Girls ritual which focused on a series of seven lessons and “stations” representing the seven colors of the rainbow.

The most common symbols associated with the Rainbow Girls are a pot of gold, a rainbow, and and two hands clasped together with the initials “BFCL” (for bible, flag, constitution, and lambskin).  Lambskin is a reference to the lambskin aprons worn by Freemasons.

These attendance and officer pins are two examples of the paraphernalia in Rainbow Girl ceremony, meetings, and ritual. The 1950 photograph above shows a group of officers from Lexington Assembly #37 at Simon W. Robinson Masonic Lodge in Lexington, Massachusetts.

We are actively collecting Rainbow Girls items. Do you or any family members have Rainbow Girls items, photographs, or ephemera? We would love to hear from you! Please contact Ymelda Rivera Laxton, Assistant Curator at ylaxton[@]srmml.org.