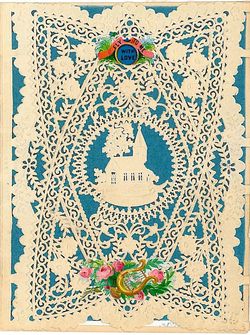 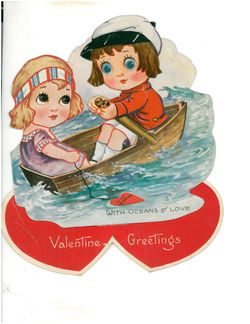 January at the Museum! From Antique Valentines to the Politics of Immigration. It's All Here and More!

Yari Livan will demonstrate his talents as a Cambodian master ceramicist.  The sole survivor of his generation of artists trained in traditional Khmer ceramics at the Royal Academy of Fine Arts in Phnom Penh, he came to Massachusetts in 2001. His work is featured in the current exhibition, “Keepers of Tradition.” Free. Snow date: Sunday, January 18.

George J. Borjas, of the Kennedy School of Government, will speak on immigration policy and economics. Borjas, a Cuban immigrant and preeminent scholar in his field, examines the controversial idea that more job seekers from abroad means fewer opportunities or lower wages for native workers. This issue lies at the heart of national debate over immigration policy. Funded by the Lowell Institute. The lecture is presented in conjunction with the current exhibition "Augustus Frederick Sherman: Ellis Island Portraits, 1905-1920." Free.

Native American Twined Basketry Demonstration
Saturday, January 24
1-3 pm
FREE
Julia Marden will demonstrate the Native American art of twined basketry, or soft-form baskets made out of natural materials such as corn husks and grasses. An Aquinnah Wampanoag who learned her craft while working at Plimoth Plantation, Marden is featured in the current exhibition, "Keepers of Tradition." Free. Snow date: Sunday, January 25.

Valentines from the Kalman Collection, 1910-1920
January 31 through March 8, 2009
Romantic Valentine greetings have been popular as far back as the Middle Ages, when lovers said or sang their verses to their sweeties. Today we are most familiar with the pretty paper variety. Each year, the Van Gorden-Williams Library presents a delightful display of antique Valentines from its collection. Smiling puppies and impish cherubs, lovely maidens and heartsick gentlemen, the characters on these charming cards convey their messages of love to sweethearts of long ago. Many of the 25 cards on view stand up or feature moving parts, showing an inventiveness rarely seen in cards today.

This antique valentine collection originally belonged to Albert Kalman, who owned and managed Kimbal's Camera and Card shop in downtown Boston for 35 years. His wife, Vivienne, donated the collection in his memory. Each year, Mr. Kalman decorated his shop with these vintage cards to celebrate Valentine's Day. Visit us and carry on the tradition!

"A Penny for Your Thoughts: Postcards from the Golden Age, 1898-1918"
Opens January 31, 2009
In the early 1900s, when telephones and cameras were few and automobiles were limited to the well-to-do, the postcard filled a necessary and appreciated role. Costing only a penny each to send, postcards were an inexpensive way to convey short messages. Images on the cards showed American pursuits and pastimes, customs, costumes, morals, and manners. Sold everywhere--in drug stores, souvenir shops, dime stores, specialty shops and even on street corners--many postcards from this age still exist today.

In "A Penny for Your Thoughts," on view in the Van Gorden-Williams Library and Archives, more than 100 examples from the Golden Age will be shown, along with postcard scrapbooks. The images capture the optimism, the people, the industrialism, and the transportation of the period from 1898-1918. Visitors will see favorite tourist destinations, cityscapes, and period automobiles. They will also be able read the messages on these antique postcards. A variety of styles and subject matter will be shown, including color lithographic, photographic, novelty, and fraternal postcards.

The exhibition is drawn from gifts from Martin A. and Mildred H. Gilman and various museum purchases. Bertha Petersen, Martin A. Gilman's mother, collected many of the postcards when she lived in New Jersey and Connecticut from 1904-1917.