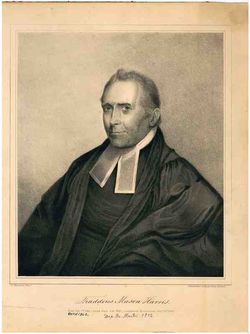 "Soon after this little book was printed the publisher failed in business and before more than a dozen or two were sold, the stock was attached and remained in keeping in a storesafe till in the great fire of 1836 the whole impression was consumed." 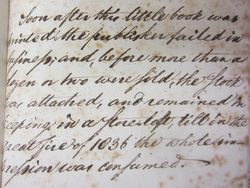