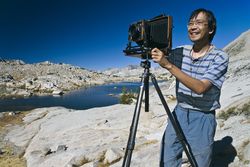 All good things must come to an end. The last day to view "Treasured Lands: The Fifty-Eight National Parks in Focus" is Saturday, August 4.

Join us for a final gallery talk on Saturday, August 4 at 2 PM in the "Treasured Lands" gallery. Photographer Quang-Tuan Luong has created stunning works depicting the natural beauty of America's landscapes. We will explore his techniques as well as his artistic project of capturing all of America’s national parks in large-format photographs.

The gallery talk is free. For further information, call the Museum's front desk at 781-861-6559 or refer to our website.

For more on Quang-Tuan Luong and his work, read two of our previous blog posts: on how the exhibition has been received by the public and on the show itself. 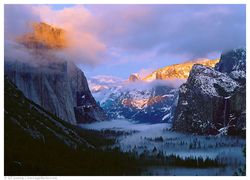 "Luong’s large-format camera creates images of beaches and glaciers  and deserts and waterfalls from American Samoa to Maine that were so astonishingly sharp and mesmerizing that my father was convinced there was some special 3-D technology involved. There’s not: they’re just awesome photos."

Photographer Quang-Tuan Luong prefers to capture his images with a large format camera and film sheets over using a lightweight digital camera. The spectacular images in his exhibition, "Treasured Lands: The Fifty-Eight U.S. National Parks in Focus," testify to his success. Using this technology, his camera catches more detail than the human eye can perceive, making his photos particularly dense and rich. 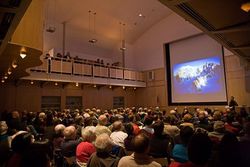 Visitors love this show - many report they have returned to visit it four or five times. "Treasured Lands" strikes a deep chord with many people, so we have invited Luong to speak at the Museum on Saturday, Sept. 10. Join us at 2 PM for "Treasured Lands: Journeys and Vision." Luong will show us fresh images from the "Treasured Lands" project that occupied him for fifteen years, explain how his explorations of the American National Parks have influenced his recent photographic work, and delve into the intricacies of large format photographic technology. He will be on hand following the talk for a book signing. Spectacular Yosemite, 2011, will be available for purchase. His free public lecture is sponsored by the Lowell Institute. For more information about the talk, visit our website or call the Museum during business hours at 781-861-6559.

A computer scientist by training, Luong’s love for nature and adventure led him to become a mountain climber, wilderness guide, and full-time photographer. In picturing the distinguishing features of each of the 58 national parks, Luong shares his understanding of what makes a particular place unique. His photographs allow us to see the parks with fresh eyes. They also serve as a reminder for us to cherish and protect these treasured lands.

For the past twenty-five years, I have been privileged to travel, trek, and climb in some of the most remote and beautiful corners of the earth. My goal has always been to bring back the wonders I’ve seen to people who can’t get there.

December Programs at the Museum

Come join us during this festive month of December for public programs suited to the holiday season. 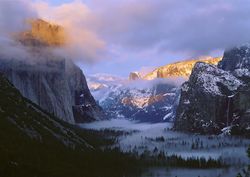 This Saturday, December 4th, Museum staff will offer a gallery talk in our exhibition, “Treasured Lands: The Fifty-Eight U.S. National Parks in Focus.” Learn more about photographer Quang-Tuan Luong, the man behind these stunning worlds of natural beauty, as well as his techniques and his artistic project. Find us in the "Treasured Lands" gallery at 2 p.m. for this free talk. 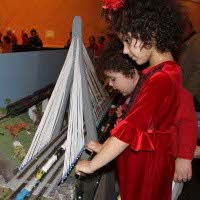 Mark your calendars so you and your family don't miss the annual December Model Train Show. It will be held Saturday, December 11, 10 AM–4:30 PM and Sunday, December, 12 Noon–4 PM (special hours). The HUB Division of the National Model Railroad Association never fails to delight fans large and small with their model train display, so gather neighbors, grandchildren, and friends for this event. Admission: $5/family (members); $7/family (non-members); $5/individual.

We look forward to seeing you at the Museum!

For the past twenty-five years, I have been privileged to travel, trek, and climb in some of the most remote and beautiful corners of the earth. My goal has always been to bring back the wonders I’ve seen to people who can’t get there.
--Quang-Tuan Luong

The Museum’s new exhibition, “Treasured Lands: The Fifty-Eight National Parks in Focus” features breathtaking large-format photographs taken by computer scientist-turned-photographer Quang-Tuan Luong. “Treasured Lands” offers the perspective of a world traveler whose personal commitment to preserving America’s beauty and natural resources shows in his work. By capturing the distinguishing features of each national park, Luong shares his understanding of what makes each place unique.

Luong’s experiences in traveling to all 58 national parks, as described in the exhibitions text, are also unique. He kayaked through iceberg-laden waters, canoed down wild rivers, scuba-dived tropical seas, climbed to the summit of Mt. McKinley, and frequently trekked the trailless terrain of the backcountry, all while lugging his 75-pound large format camera, photo gear, and camping equipment.

When reviewing the text before the exhibition was installed, I looked on the National Park Service’s web site for additional information about some of the parks. I was struck by how remote many of them are. Only an experienced backpacker and outdoorsperson would be able to visit Gates of the Arctic National Park, for example, since it has no roads and is only accessible by floatplane. Much of the information provided on the NPS’s “Things To Know Before You Come” link have to do with wilderness survival and bear safety. Not a vacation that will appeal to everyone! Although I love visiting national parks, I prefer a hotel bed to a sleeping bag. I knew I would never visit this park in person, and welcomed the opportunity to see it through Luong’s photograph.

For a trip to a wide variety of landscapes that you might not otherwise see—from the rugged glaciers and mountains to lush, tropical islands and everything in between—visit “Treasured Lands,” on view through October 20, 2010. Mr. Luong will speak at the Museum about his experiences as an adventurous photographer of the national parks on March 14, 2010, at 2 PM as part of our Lowell Lecture Series.