Lecture: The Civil War in a Northern Community, 10/5

Civil War lectures return to the Museum for fall 2013! The next presentation will be on October 5, 2013 at 2pm, when we welcome Professor Nicole Etcheson of Ball State University. She will speak on "The Anti-Civil War Movement in the North: Copperheads in a Midwestern Community, 1861-1865." Admission is free, thanks to the generous support of the Ruby W. and LaVon P. Linn Foundation. 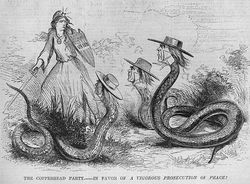 Copperheads, anti-war Democrats, protested against the policies of the Lincoln administration, opposed emancipation and resisted the draft with violence. Were the Copperheads expressing sentiments that mirrored concerns of their fellow citizens? Did they actually aid the Confederacy? 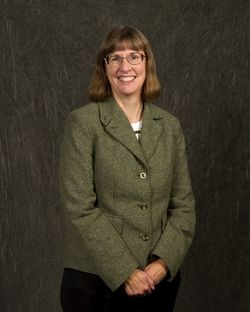 Nicole Etcheson is the Alexander M. Bracken Professor of History at Ball State University. She is the author of A Generation at War: The Civil War Era in a Northern Community, which won the 2012 Avery O. Craven Award from the Organization of American Historians; Bleeding Kansas (2004); and The Emerging Midwest (1996). She is currently working on a project about suffrage in the post-Civil War era.

Join us earlier in the day on Saturday, October 5, for a 1:00 pm free gallery talk in "A Sublime Brotherhood:  200 Years of Scottish Rite Freemasonry in the Northern Masonic Jurisdiction." Aimee E. Newell, the Museum's Director of Collections and curator of the exhibition, will share her knowledge of the Scottish Rite's French roots, its founding in America two centuries ago and its evolution into one of the most popular American fraternal groups during the 1900s. The exhibition includes photos, costumes, and other Scottish Rite materials, many of which have never previously been on view.

The final lectures in this series, with which the Museum is marking the 150th anniversary of the Civil War, are:

and "'Not that this is Going to Be a Real War': The Civil War, the Marshall House Flag, and Elmer Ellsworth’s Martyrdom" by Robert Weible, State Historian, Chief Curator, New York State Museum on Saturday, November 9, 2:00 pm.