Lexington’s own Nathaniel Mulliken (1722–1767) likely trained Benjamin Willard (1743–1803), the maker of this clock--but not for long.  Mulliken died in 1767, only a year or so after Willard is thought to have arrived in Lexington.  Willard lived in Lexington, perhaps off and on, to make clocks with Mulliken’s teenaged son, Nathaniel, until December 1771.

Analysis of the numbers and locations marked on Benjamin Willard’s surviving clocks—this one is number 80—suggest that he made over 20 clocks per year before colonial tensions with Britain, a weakening market and scarce supplies, particularly metal, disrupted his work.  If you are interested in learning more, see the publication Clock Making in New England cited below.

This clock provided Willard's client with a device that measured hours, minutes, and seconds. But this clock did more than tell the time, it also conveyed a moral lesson. Willard decorated its dial with silver colored disk bearing the engraved image of an fierce bird, possibly an eagle, and the Latin motto "Tempus Fugit," loosely translated as “Time Flies.” Perhaps he and the clock’s owner wanted to remind everyone of the importance of using time well. 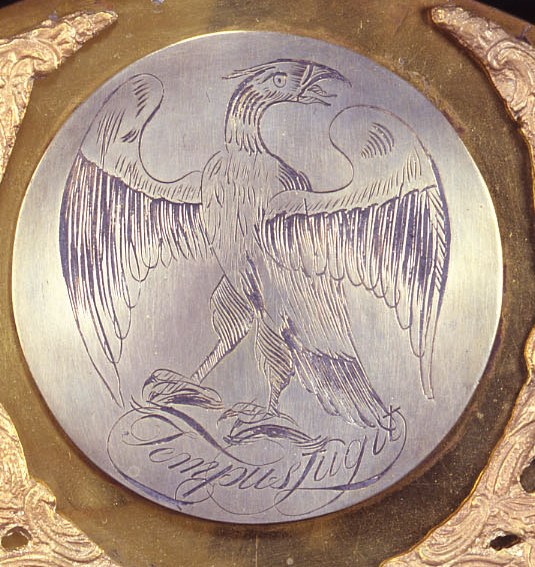 Willard’s clock is one of almost 100 exhibited in “For All Time:  Clocks and Watches from the National Heritage Museum,” on view until February 21, 2010.