The Masonic Hall of Fame: Meriwether Lewis and William Clark

As we passed on it seemed as if those scenes of visionary enchantment would never have an end. Meriwether Lewis, 1805 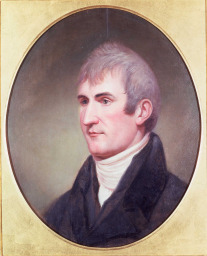 In 1803 President Thomas Jefferson charged Meriwether Lewis (1774-1809) and William Clark (1770-1838) to lead an expedition to explore and map the land that the United States had gained with the 15-million-dollar Louisiana Purchase. This area stretched from Louisiana to what is now Montana. Jefferson asked the explorers to find a water route across the continent, make scientific observations, and establish diplomatic relations with the Native American tribes over whose land they traveled. Lewis and Clark, with the other members of the Corps of Discovery, made progress on all of these goals. As well, the keenly observed impressions that the pair recorded in their journals about geography, plants, animals, and people, have sparked the imagination of generations to dream about exploration, discovery, and the American West.

In twenty-eight months of exploration, from 1803 to 1806, Lewis and Clark’s party traveled over 8,000 miles from St. Louis to the mouth of the Columbia River. Lewis and Clark’s group of volunteers from the Army as well as interpreters, including Sacagawea (c. 1788-1812), a Lemhi Shoshone woman and her baby, witnessed many wonders. They also endured unpredictable weather, shortages of supplies, illness, accidents, and uncertainty. Lewis and Clark made their initial report of the expedition to Jefferson in 1806. A narrative of their expedition, based on their journals, was published in 1814.

Lewis and Clark first met when they served together in the Army in the 1790s. Lewis had become a Freemason during that time, at Door to Virtue Lodge No. 44, in Albemarle, Virginia, in 1797. In 1809, Clark took his degrees St. Louis Lodge No. 111, where Lewis had served as founding Master just a year before. Their time as members of the same lodge was cut short by Lewis’s unexpected death in 1809.

Lewis and Clark are included in the  Scottish Rite Masonic Museum & Library’s new exhibition, "The Masonic Hall of Fame: Extraordinary Freemasons in American History." This 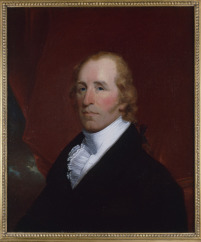 exhibition showcases inspiring American Freemasons and introduces visitors to the history of Freemasonry in the United States. The exhibition will be on view through October of 2024. Throughout the exhibition, visitors will meet extraordinary Masons, like Lewis and Clark, who, through their outsized contributions to Freemasonry, government, the arts, and social justice, made a profound impact on their world and ours.

Posted at 05:05 AM in "The Masonic Hall of Fame: Extraordinary Freemasons in American History", Lewis & Clark, Posts by Hilary Anderson Stelling | Permalink | Comments (0)