Have Cartographer, Will Travel 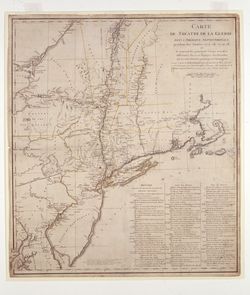 When you travel for work, do you bring your own mapmaker to document your plans and triumphs?  Gilbert du Motier, the marquis de Lafayette (1757-1834) did when, in 1777, he sailed from France for South Carolina to help fight in the American Revolution.  Among the over 40 maps, books and objects in “Journeys and Discoveries:  The Stories Maps Tell,” on view at the Scottish Rite Masonic Museum and Library, is an intriguing map based on the work of Lafayette’s very own cartographer, Michel Capitaine du Chesnoy (1746-1804).

Talented, experienced and about ten years older than his boss, Capitaine du Chesnoy (who, confusingly, held the rank of captain when he first arrived in the colonies) drew maps of the conflicts in which Lafayette participated in 1777, 1778 and after.  Eighteenth-century military officers valued mapmaking skills.  Understanding landscape, waterways and structures helped military strategists plan campaigns, stage retreats and organize travel.  Officers also used maps and drawings to communicate important ideas and information to their colleagues, superiors and supporters. 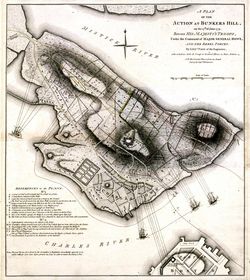 activities.  At least eighteen of these maps survive in American and European collections.  Six ink and watercolor maps now form part of the collection of the Library of Congress.  You can view them on the library’s website.  When Lafayette traveled to France in 1779, he asked Capitaine du Chesnoy to put together a cartographic summary of the battles of the American Revolution up to that point for Lafayette to share with King Louis XVI (1754-1793). A Paris printer produced an engraved version of the summary map and made it available to the public in 1779.  One of these printed maps--the only one of Capitaine du Chesnoy’s manuscript maps known to have been engraved--is on view in “Journeys and Discoveries.” Come see it and compare Captiaine du Chesnoy’s work with other 1700s maps portraying military events--such as Thomas Hyde Page's (1746-1821) summary of the battle of Bunker Hill--and others.