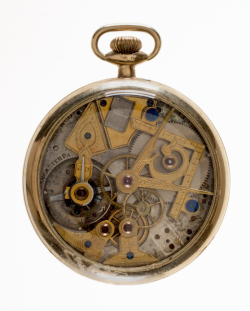 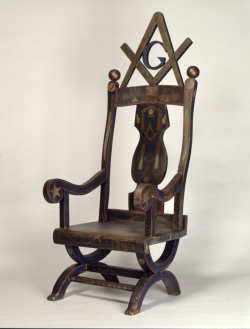 Enjoy a Video Tour of "Keeping Time: Clockmakers and Collectors"

Click here or on the image below to enjoy a tour of the handsome and historic clock exhibition, "Keeping Time: Clockmakers and Collectors," currently on view at the museum through October 29, 2016. Director of Exhibitions, Hilary Anderson Stelling takes you through. The exhibition features more than 50 clocks from the museum’s holdings—a part of the collection long popular with visitors. Each clock on view tells its own story about who used, made, sold or preserved it. The museum staff is very pleased to share these treasures with you.

The Museum & Library regularly produces videos highlighting its exhibitions and collections. You can subscribe on YouTube and be alerted each time there's something new. Enjoy!

Posted at 09:09 AM in "Keeping Time: Clockmakers and Collectors" | Permalink | Comments (0)

Taking Care of Clocks in the Collection 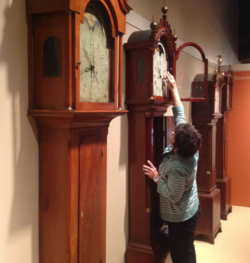 Of the over fifty clocks featured in “Keeping Time:  Clockmakers and Collectors” at the Scottish Rite Masonic Museum and Library, several clocks in the exhibition are running. Care for the objects in the collection falls to Maureen Harper, the museum’s Collections Manager and a staff member for over twenty years. Among her many duties, Maureen winds, sets and looks after the operating clocks on display. Here she talks about the working clocks under her care.

What do you do to keep the clocks on display running?

Currently we have a handful of working clocks on view in the “Keeping Time” as well as a tall case clock by Nathaniel Mulliken, Jr., that is always in the Van Gorden-Williams Library & Archives. They are all eight-day movements. I try to wind them weekly so they won’t run down. I go up to the gallery on Tuesdays with a box of all the clock door keys (some have two) and winders, each tagged with the number of the clock it fits. The clocks that run consistently are pretty accurate but I check the time and reset them or adjust the pendulum if a particular clock is running a little off.

What do you like about working with the operating clocks?

Most things in our collection don’t move. The running clocks are different. Even though they are antique, with winding they come to life. It is thrilling!

What do you do if one of the clocks stops working?

The older clocks don’t always work perfectly, although some are more reliable than others. The Mulliken in the library, as an example, needs very little done to it. If one of the other clocks stops, I wind it and start the pendulum. If it still isn’t working, I call the horologist to come in and take a look.

Of the clocks on display, do you have a current favorite?

In “Keeping Time” the George Hoff tall case clock has a pretty bell that rings on the quarter hour. It is also wonderful to see the organ clock running. For years it needed conservation. We kept it in our vault.  Because various elements of the clock were large, the hood, works, face surround and the body of that clock were not assembled while they were being stored. It was hard to get a sense of how the parts would look together. It has been great to be able to have that clock’s backdrop, works and the pipes conserved in the past year. The bellows were also rebuilt; the restorer used kangaroo leather for them. Now when I go into the gallery, I take a lot of satisfaction in seeing the whole clock assembled and, from time to time, hearing it chime and play a tune at a few minutes past the hour. 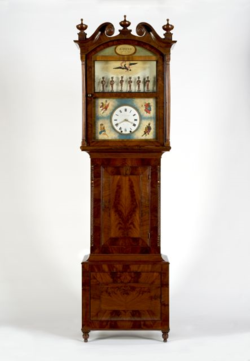 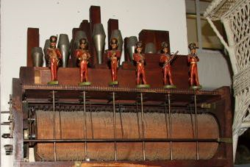