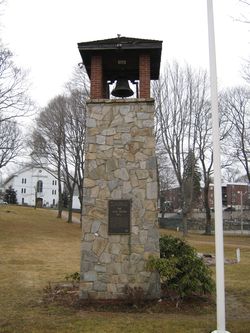 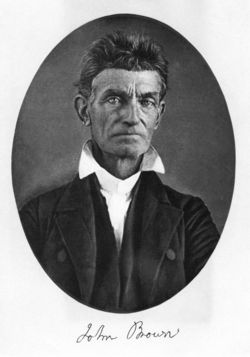 Join Pulitzer Prize-winning author Tony Horwitz at the Museum on Saturday, March 10 at 2 pm to hear the electrifying tale of John Brown and his mission that changed the course of American history.

Plotted in secret and launched in the dark, Brown's raid on Harpers Ferry ruptured the union between North and South. Yet few Americans know the true story of the militant idealists who invaded Virginia before the the shelling of Fort Sumter opened the Civil War. The lecture, “Midnight Rising: John Brown and the Civil War,” is based on Horwitz’s acclaimed Midnight Rising: John Brown and the Raid that Sparked the Civil War, which takes an unblinking look at a nation on the brink of explosive conflict. A book signing will follow. Admission is free. The lecture is part of a series on the Civil War, and is made possible by Ruby W. Linn.

Horwitz is a graduate of Brown University and Columbia University’s Graduate School of Journalism. He worked for many years as a reporter, first in Indiana and then during a decade overseas in Australia, Europe, Africa, and the Middle East, covering wars and conflicts for The Wall Street Journal. He won the Pulitzer Prize for national reporting, and worked as a staff writer for The New Yorker before becoming a full-time author. Four of his books have been national and New York Times bestsellers: A Voyage Long and Strange, Blue Latitudes, Confederates in the Attic, and Baghdad Without A Map. He lives with his wife and sons on Martha’s Vineyard. 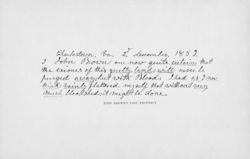 The Museum is offering the lecture series on occasion of the 150th anniversary of the Civil War. The series is designed to explore the history of this divisive conflict, and its meaning for our nation today. It also relates to Museum’s mission of fostering an appreciation of American history, patriotism and Freemasonry. All talks are sponsored by Ruby W. Linn.

Other lectures in the series are:

Michael Halleran, a freelance historian and practicing attorney, sets the standard for scholarship on Freemasonry in the Civil War. This talk will reveal the history behind the many mythical stories of Masonic Brotherhood across the Civil War battlelines.

Megan Kate Nelson of Harvard University will unfold the Civil War experience of one Massachusetts soldier, Charles F. Morse, an officer in the 2nd Mass. Rgt. His letters, drawings, and other contemporary images will draw us into the world of ruin and destruction that participants in the war found themselves confronting.

Quilts for Civil War Soldiers: Stories from the Home Front and the Battlefield - Saturday, October 20, 2 pm

Pamela Weeks, Curator of the New England Quilt Museum, knows the stories behind the rare surviving Civil War quilts made by caring hands for soldiers fighting for North and South. Learn about the quilts, their makers, life on the home front during the war, and about how civilians organized to get desperately needed aid and supplies to the battlefield.