Close your eyes and think back to your most memorable moviegoing experiences. What do you remember? Did the films themselves make these occasions special? Was it the occasion or the company? Did the place, the movie theater itself, make an impact of its own? Some maintain that the aura of the Art Deco movie palaces, designed in a bygone era before the advent of the multiplex, deserve a special place in our hearts. 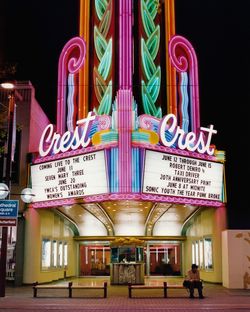 Going to the movies has been a very popular leisure activity in the United States for more than one hundred years. It has changed with the times as American culture has developed. In the 1920s and 1930s, lavish theaters were built on the main streets of numerous towns, reflecting the glamour and style that Hollywood offered ordinary Americans through films shown at these venues. Is moviegoing itself now becoming a thing of the past, now that we can install home theaters in our dens and order films for home-viewing through the internet?

Film historian and movie palace preservationist Ross Melnick will help us put these questions into historical perspective. Melnick, lecturer at UCLA and Otis College of Art and Design in Los Angeles and co-founder of the Cinema Treasures website, is coming to the National Heritage Museum on Sunday, March 28th. He will speak at 2 p.m. on "Exhibiting Change: Movie Theaters and American Cultures from the 19th to the 21st Century." His lecture will feature images and video clips that capture the flavor and excitement of over a century of moviegoing. As traced and discussed on the Cinema Treasures website, many of the finest movie venues from the first half of the twentieth century are closing or are threatened by demolition. Melnick will also discuss the issues facing historic theaters in today's digital and megaplex era. We hope to see you there!

This free public lecture is funded by the Lowell Institute. It complements the exhibition, "The Art of the Movie Theater: Photography by Stefanie Klavens," on view through May 31, 2010.