Visit Us on Patriots' Day!

Join Us for Patriots' Day Activites! 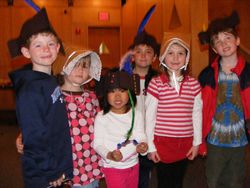 There is always plenty to do in Lexington when April vacation rolls around. The town and neighboring communities have many traditional events that commemorate the beginning of the American Revolution in 1775 and celebrate the community spirit of today. While you and your family are out, plan on dropping by the Museum for some fun programs. We've scheduled them conveniently so that they fall before or after the main reenactments and parades. Please note that the Museum will be open on Patriots' Day, Monday, April 16.

Saturday, April 14
11 a.m. & 2 p.m.
Gallery Talks: “Sowing the Seeds of Liberty: Lexington and the American Revolution”
Get the inside scoop on the tendencies and tensions in Lexington before the British marched into town on April 19, 1775. Join Museum staff for this free gallery tour.

Monday, April 16
10:30 a.m. to 1:30 p.m.
Patriots’ Day Activities
Celebrate Patriots’ Day with arts and crafts activities exploring life in 1775. While you are here, take the opportunity to view "Sowing the Seeds of Liberty:  Lexington and the American Revolution." $5/family (members); $7/family (non-members).

You'll also find the Lexington Alarm Letter on display in the Museum's lobby. 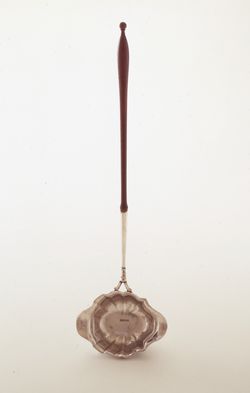 Visitors will be interested in exploring our exhibition "Curators' Choice: Favorites from the Collection." There, you'll find two objects related to the most famous midnight rider, Paul Revere. One is a wonderfully crafted silver ladle that showcases Revere's great talent as an silversmith. It's no wonder his works were coveted in their day. The other is much more recent - it dates to 2009. It's an ice cream carton. Brigham’s, a local ice cream company, created a special edition flavor called “Paul Revere’s Rocky Ride.” The name was the contest-winning suggestion by a couple from Charlestown, Massachusetts, where Paul Revere began his ride late at night on April 18, 1775. Come see what else you can discover in Curators' Choice. 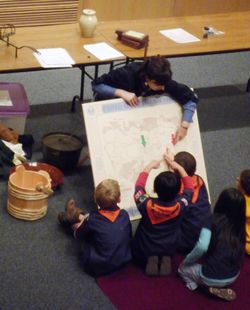 The National Heritage Museum is excited to announce the new version of our popular third-grade program, “Colonial Kids.”  The existing program offered only a peek into the daily life of a colonial-era Lexington family.  By taking a cue from one of the grade 3 standards –Massachusetts Curriculum Frameworks for History and Social Sciences (“Explain important political, economic, and military developments leading to and during the American Revolution”) – and incorporating new research, we refocused the program to highlight one of Lexington’s most interesting pre-Revolutionary War events.

On December 13, 1773, Lexington residents took deliberate action to go along with the town’s recently drafted “Resolves against the Tea Act,” subsequently published in newspapers around the colonies.  According to a contemporary article, “… they brought together every ounce (of tea) contained in the town, and committed it to one common bonfire.”  This event, overlooked in history for its much more spectacular sister-protest, the Boston Tea Party, that took place three days later, demonstrated Lexington’s role as a quiet hotbed of rebellious rhetoric.  So, for this new program, we chose December 13, 1773, as the day we would interpret and incorporated that event into our story.

To make our “day in the life” concept work, we chose an historic Lexington family with young children.  Students can easily relate to children their own age. We also wanted a family that might have had some involvement with the tea burning.  We settled on the Benjamin and Sarah Brown family.  They had seven children between the ages of 3 and 25 at home on December 13, 1773. The Browns were also well represented in primary sources, including tax assessments, Benjamin’s will, and town meeting records. We even learned that the town paid for daughter Sarah to keep school in the family’s house.  Her father, Benjamin, was also one of the select group of five men unanimously chosen to draft the “Resolves against the Tea Act” at Lexington town meeting.

To develop engaging activities, we researched the types of chores members of the household would do at that time of year, as well as the types of food they ate, the clothing they wore, and leisure activities they engaged in.  Unusual questions popped up during the research, such as “Did the Browns own a tall-case clock in 1773?” (likely) and “Was there a bell ringer for the town?” (yes).  With further research into primary and secondary sources, and help from historian Mary Fuhrer, we were able to find answers.

The final program contains activities to teach students about clothing, dairy production, and schooling, as well as critical thinking questions to help them understand the concept of “protest” and the similarities or differences between lifestyles in 1773 and now.  Upon testing the program, we found third graders studying the Revolutionary War relate well to the concepts of protest and boycott.  They also love to hear that Lexington beat Boston to the punch by burning their tea three days before Samuel Adams and friends dumped the East India Company’s tea into the harbor.

The new “Colonial Kids” program is now available for school groups in grades K-3.  For information on this and other tours and programs, and to find out how to make reservations, please visit the National Heritage Museum’s website.  You can also see our previous post on the Lexington Tea Bonfire.