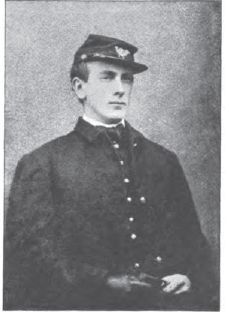 The Museum resumes its Civil War lecture series on Saturday, September 29, with a talk presented by Megan Kate Nelson of Harvard University. Join us at 2 PM for “Among the Ruins: Charles F. Morse and Civil War Destruction.” The lecture is free and is sponsored by Ruby W. Linn.

Nelson will share the Civil War experience of one Massachusetts soldier, Charles F. Morse, an officer in the 2nd Massachusetts Regiment Volunteer Infantry. His letters, drawings, and other contemporary images speak eloquently across the years of the world of ruin and destruction that participants in the war found themselves confronting.

The immense-scale destruction that the Civil War brought to southern farms, cities, and landscapes is no longer part of the world we live in. Unlike other countries, America did not choose to preserve landscapes of ruin as memorials to past wars, opting instead to rebuild or replace what was lost. Because we have forgotten, today we must employ the words and the images recorded by soldiers who saw the Civil War and its consequences if we wish to gain an understanding of the enormity of the ruin they experienced. When we do so, we encounter chaotic and brutal worlds that challenge the coherent narratives of war that popular books and films, reenactments and memorials have given us. For those who lived through the Civil War, as soldiers or as civilians, wartime ruins held vast imaginative significance, powered the emotional reactions they unleashed.

Charles Fessenden Morse was a Massachusetts native and Harvard graduate who led Company B of the 2nd Mass. Rgt. as its captain in the battles of Cedar Mountain, Antietam, Chancellorsville, and Gettysburg. A successful company captain in his early twenties, Morse was promoted to Lieutenant Colonel after Gettysburg. The young man corresponded extensively with family members and friends throughout the four years of his war experience, during which he participated in some of the Union Army's most devestatingly successful forays into Confederate territory. Morse shared his thoughts with the likes of close friend and fellow Harvardian Robert Gould Shaw; look for a fictionalized portrayal of Morse in the film Glory. To learn more about Morse, explore this letter posted by the Massachusetts Historical Society. Morse self-published some of his correspondence in Letters Written During the Civil War, 1861-1865 in 1898. You can access the very copy that Morse donated to the Harvard College Library in 1898 at Google Books. 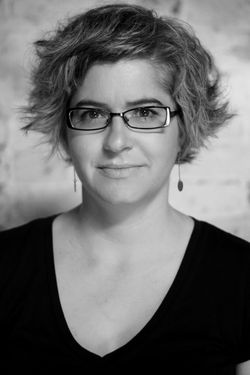 For her lecture, Nelson draws on dozens of letters written by Morse, held by the Massachusetts Historical Society. She places Morse's observations in the context of her innovative scholarship on the meaning of the destruction caused by the Civil War, the impact of which on the American landscape is almost unimaginable for us today. Megan Kate Nelson is a lecturer in History and Literature at Harvard University. Her second book, Ruin Nation: Destruction and the American Civil War was recently published in May 2012 and has garnered critical acclaim from scholars and Civil War buffs alike. It will be available for purchase after the talk and the author will be on hand to speak with visitors and sign books. You can sample Nelson's work by reading her contribution to the New York Times' Civil War blog Disunion or by exploring the University of Georgia's "Weirding the War" project, to which she was a contributor.

Save the date of the next talk in the series: on October 20, 2012, Pamela Weeks, Curator of the New England Quilt Museum, will speak on "Quilts for Civil War Soldiers: Stories from the Home Front and the Battlefield."