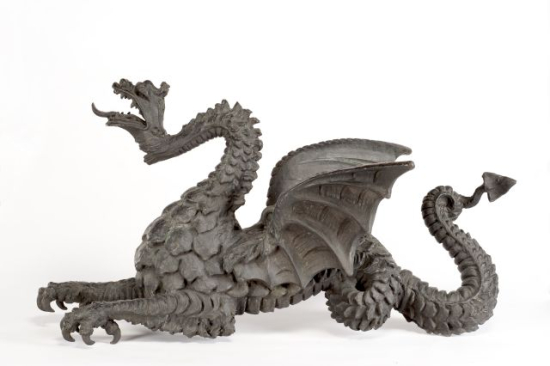 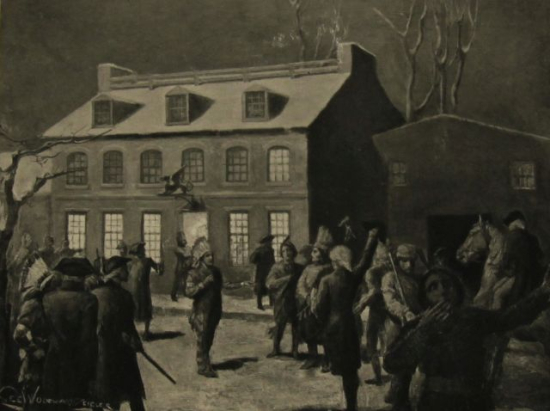 'Colonial Kids' fits very well with the social studies curriculum. The kids liked it a lot. They had never seen a 'horn book' before nor a 'block' of tea. The program brought to life what we studied for months.

As summer segues into autumn, teachers are preparing for the classroom. To  support educators in their wish to enrich classroom learning with engaging history field trips, we offer three fantastic, hands-on programs that bring history to life. Each offers a through grounding in solid historical research and interactive structure. All programs are aligned to the Massachusetts Department of Education's history and social science curriculum framework. We also enjoy working with groups from independent schools, homeschool groups, and scouts. Our programs are conducted by professional staff, who know how to engage and inspire students through developmentally appropriate interpretive techniques.

Colonial Kids allows participants to explore how the children of Lexington's Brown family experienced daily life in 1773. Visiting third-graders discover that Lexington's residents had their own "tea party," days before the famous Boston Tea Party of December, 1773. They engage in critical thinking about what the concept of "protest" meant to families of the era, as well as considering how aspects of daily life - clothing, dairy production, and schooling - in the 1770s compare to their own. Kindergartners through second-graders participating in the program explore the everyday life of the Brown family, real people who lived in Lexington at the time of the American Revolution. From how they helped in the house and on the farm to what school was like, the Brown children are brought to life through an engaging narrative and plenty of objects to handle and consider. You can read about the third-grade version of the Colonial Kids program here. Here is more information about the Lexington tea-burning protest - and here, as well.

The Archeology Lab helps 4th- to 8th-graders walk in the footsteps of archeologists who study New England's colonial past. Participants clean, identify, and interpret artifacts from a fictitious Massachusetts town, discovering archeological methods as they work. Students work together to assemble clues about how the artifacts were used in the 1700s and about the people who left them behind. We have posted supplementary material to our archeology program here.

From Union Jack to Old Glory is a flexible program that introduces first through fifth-graders to the history and meaning of the Stars and Stripes. Featuring the Museum's rare and enormous 15-star flag as its centerpiece, the program employs a variety of hands-on activities, games, and challenges. Participants consider how we handle and display our national flag, as well as discover the fascinating course the development of its physical appearance and use has taken since the first years of the American Revolution to the present.

We appreciate your willingness to meet our needs. You are wonderful!

We are glad to accommodare a visiting group's interests and needs. To learn more about the programs described here, our fees for student groups, and how to inquire about booking a program, refer to our Groups and Tours webpage. We are always happy to share information about these programs - drop us a line at groups@monh.org or call at 781-457-4121.

Our monthly newsletter will help keep you in touch with programs, exhibitions, and special events. You can sign up to receive it by clicking on the "Join Our E-Mailing List" icon at the museum's website. 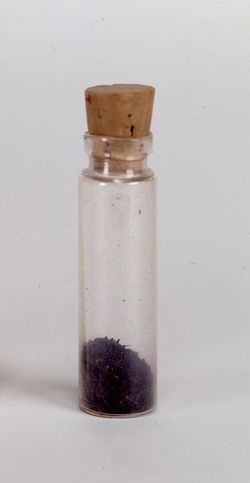 What is in this little vial, only 2½ inches tall?  Its contents are a carefully preserved relic; one that harkens back to a celebrated tax protest in Revolutionary-era Boston.  The material collected in this container is tea, said to have been caught in the boots worn by one of the participants in the Boston Tea Party on December 16, 1773.  It is on view in the exhibition "Sowing the Seeds of Liberty:  Lexington and the American Revolution."

In the 1700s, Britain fought a number of wars in the colonies--in particular, the French and Indian War (1756-1763)--at huge expense. These wars, in part undertaken to preserve and protect these settlements, effectively doubled Britain’s national debt. To pay this debt, the British parliament instituted new taxes on the American colonies. Used to setting and collecting taxes at the town and colony levels through their own elected representatives, residents balked at the change.  Many felt the new taxes went against their basic rights as Englishmen.  Protests greeted the first taxes in the 1760s and continued as the British government tried different ways to generate tax revenue from the colonies.

Boston’s port-town economy relied on trade, so taxes on imported goods especially pained city residents.  The 1767 Townshend Act taxed imported glass, paper, paint and tea. To voice their objections to it, colonists harassed the customs commissioners and boycotted the taxed goods. These protests, coupled with the high cost of enforcement, prompted the British government to repeal the act in 1770.  However, parliament retained the tax on tea in the act that followed because, as David Hackett Fischer has stated, it was “so small that British ministers believed even Boston might be willing to swallow it.”

This law, the 1773 Tea Act, brought tensions between the colonists and the British government to the breaking point.  The almost bankrupt East India Company asked the British government for assistance with their dire financial situation. The Tea Act granted the company the right to sell tea in the colonies tariff and duty free.  As a result, the company representatives’ tea was cheaper than that sold by local merchants. Both Boston’s merchants and people concerned about principles of representation and liberty—two groups that had not always seen eye-to-eye—were moved to protest.

Some colonists, like the residents of Lexington, Massachusetts, expressed their views about the tax by agreeing as a community to not use tea in their homes.  They declared anyone who did “an Enemy to this Town & to this Country.” Residents promised that those who purchased and drank tea, “…shall by this Town be treated with Neglect & Contempt.”  To underscore their views Lexingtonians, as it was reported in the Boston papers, “brought together every ounce [of tea] contained in the town, and committed it to one common bonfire.”  You can read more about the bonfire in a previous post.

Some Bostonians chose to protest in a more violent manner. On December 16, 1773, about 150 men disguised 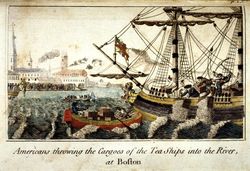 as Native Americans dumped 342 chests of tea into the Boston harbor.  Interestingly, the protesters—even as they destroyed the East India Company’s product—took care to respect others’ property and public order.  Organizers punished one protester who purloined tea for his own use.

The British government took a dim view of this protest.  A government investigation of the event called it a, “…crime of high treason, namely to the levying of war against His Majesty.”  The government retaliated for these, “violent and outrageous Proceedings at the Town and Port of Boston” by passing what the colonists called the Intolerable Acts in 1774.  Just sixteen months later, Massachusetts militia members and British Regulars exchanged the first shots of a civil war at Lexington and Concord.

Did participants know they had taken part in a history-shaping protest?  Perhaps. Several people collected and later preserved relics of the event, such as another sample of tea found the next morning on the shores of Dorchester Neck that is part of the collection of the Massachusetts Historical Society.  In 1973, as the Grand Lodge of Masons in Massachusetts and other organizations in the commonwealth prepared for the American Bicentennial, Paul Fenno Dudley (1894-1974) donated this vial of tea to the Grand Lodge’s Museum.  The Grand Lodge's collection is now housed at the Scottish Rite Masonic Museum and Library in Lexington and you can see this vial of tea and other relics in "Sowing the Seeds of Liberty:  Lexington and the American Revolution."

“Americans Throwing the Cargoes of the Tea ships into the River, at Boston.” Engraving from W.D. Rev. Mr. Cooper. The History of North America. London: E. Newbery, 1789. Library of Congress.

Massachusetts Historical Society, “Object of the Month: ‘Boston Harbor a tea-pot tonight.’” http://www.masshist.org/objects/2006february.cfm (accessed on May 22, 2012).

Scottish Rite Masonic Museum and Library, exhibition labels from “Sowing the Seeds of Liberty:  Lexington and the American Revolution,” 2007 through the present.