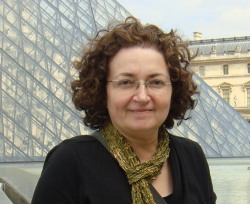 Social networking is considered a thoroughly modern idea, but in this lecture by noted scholar Jeannine Falino, we will learn how Paul Revere pioneered the idea in the second half of the eighteenth century.  Revere is well known for his work as a silversmith, but he also expanded his business into other forms of metal working.  Revere’s mill produced the first rolled copper made in America, and his brass casting business crafted bells and cannons in the early eighteen hundreds.

Despite his success in his trade, Revere longed to achieve a spot among the rich merchant class of Boston.  To this end, Revere joined numerous clubs and organizations, including Freemasonry.  He was able to use his many contacts within these clubs to generate business contracts.  Through this “social networking” he was able to secure his financial income but he was never accepted as a member of the Boston merchant class.

In her lecture at the Scottish Rite Masonic Museum & Library, Falino will examine how Revere used his family connections and these social contacts, including Masonic associates, to create the most successful business model of all the Boston silversmiths in his generation.

This lecture is made possible by the generous sponsorship of the Ruby W. and LaVon P. Linn Foundation and is the final of four talks in the 2016 lecture series, “Enterprise and Craft in the Young Nation.”