A Violation of Our Principles: Political Discussion within Walls of the Lodge
More than Meets the Eye: Masonic Ball Watch Fob 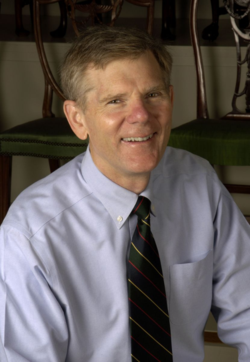 In this lecture at the Scottish Rite Masonic Museum & Library, noted decorative arts historian Brock Jobe will recount the little-known story of the transformation of the furniture making trade in federal period Massachusetts. In Colonial America, furniture makers were craftsmen who utilized the apprentice system to fill specific orders from their customers. After the Revolution these craftsmen began to develop business strategies that promoted their products to a range of customers. This led to standardized production of furniture.

Professor Jobe has authored multiple books on furniture making in New England. He has worked as a museum curator, administrator and professor at Winterthur Museum in Delaware. Professor Jobe has received the President’s Award from Old Sturbridge Village and the Award of Merit from the Antiques Dealers’ Association of America.

This lecture is made possible by the generous support of the Ruby W. and LaVon P. Linn Foundation and is the third of five talks in the 2016 lecture series, "Enterprise and Craft in the Young Nation".