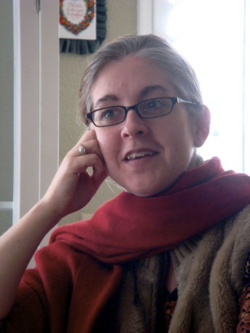 As World War I drew to a close, a new crisis appeared at home: the worldwide influenza pandemic had reached American shores. In August of 1918 the first influenza cases began to appear in sailors stationed in Boston Harbor. Within months the disease spread across the country sickening as many at 25 million Americans and killing over 550,000 of them. With most nurses still overseas and local authorities overwhelmed, the government turned to the Red Cross to care for the sick.  Boston’s local Red Cross chapter acted quickly to meet the needs of the emergency. However, once the Red Cross National Headquarters stepped in to call the shots, the headstrong Boston chapter ignored or rejected their directives.

In this, the fourth of a five part series exploring The U.S. Home Front During World War I, the Scottish Rite Masonic Museum & Library has invited noted scholar Marian Moser

Jones, Assistant Professor at the University of Maryland School of Public Health, to explore the Red Cross-led response to the 1918-1919 flu in Boston and New England, and discuss whether the local officials acted wisely in charting their own course during this deadly public health crisis.

This lecture is made possible by the generous support of the Ruby W. and LaVon P.  Linn Foundation and is part of the lecture series, “The U.S. Home Front during World War I: Duty Sacrifice, and Obligation.”

Posted at 10:00 AM in Posts by Brenna Langenau, Relief organizations, World War I | Permalink | Comments (0)