New to the Collection: Odd Fellows Gavel
The Secret Discipline, an 1833 book that escaped New York's Great Fire of 1835

We are pleased to share more information about the first lecture in the fall, 2014, continuation of our Speaking of Maps: An Exploration of Cartography and History series: 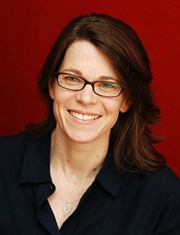 We live in a culture saturated with maps. We have become accustomed to making them instantly and representing virtually any type of data. Technology makes this possible, but our contemporary use of maps is rooted in a fundamental shift that took place well over a century ago. Professor Schulten will illustrate how, beginning in the nineteenth century Americans began to use maps not only to identify locations and represent the landscape, but to organize, display, and analyze information. Through maps of the agricultural data, landscape features, the distribution of slavery, census results, and the path of epidemics, Americans gradually learned to view themselves and their nation in altogether new ways. Don't miss this special lecture by the country's foremost authority on thematic mapping.

Susan Schulten is a scholar who seeks out ways to share her findings with the general public. Her work on nineteenth-century Americans' innovations in the use of maps has appeared in many locations and formats. Her latest book is Mapping the Nation: History & Cartography in 19th Century America (University of Chicago Press, 2012). Copies of this work will be offered for sale after her lecture and the author will be on hand to sign them. In 2013 the Pacific Coast Branch of the American Historical Association awarded Mapping the Nation the Norris Hundley Prize for the most distinguished work of history published in 2012 written by a scholar living in the American and Canadian west.

As a complement to the book, Prof. Schulten has created a website of the same name that allows readers to explore the fundamentally new ways of thinking ventured into by nineteenth-century cartographers. At the site, you'll find high-resolution images of the maps featured in Mapping the Nation - it's a great teaching tool!

Schulten also writes for the New York Times "Disunion" series, which commemorates the sesquicentennial of the American Civil War, and on the relationship of maps and history for The New Republic. Curious readers can check out her "Disunion" post on a mysterious map of Louisiana that illustrates the thorny problems confronted by former Massachusetts governor Nathaniel P. Banks, charged with Reconstruction planning for the Gulf region. Among her many other engaging posts at "Disunion" are one on the Civil War work of noted lithographer John Bachman, originator of the "bird's-eye view" map - in a time before aerial photography! - and one on the United States Coast Survey's visualization of the 1860 U.S. slave population, so important in the Union's efforts to communicate its war aims.

Susan Schulten is professor of history and department chair at the University of Denver. She is also the author The Geographical Imagination in America, 1880-1950 (2001). In 2010, she was awarded a John Simon Guggenheim Foundation grant for her work on thematic mapping.

Upcoming programs in this series are:

Cartographic Encounters: Native Americans in the Exploration and Mapping of North America

In this lecture Professor Short will outline the role of indigenous people in the exploration and mapping of North America. Drawing on diaries, maps, and official reports, he will demonstrate how Native American guides, informants, and mapmakers were essential to European and American exploration and mapping in the eighteenth and nineteenth centuries.

Workshop: How to Do History with Online Mapping Tools

In this workshop, participants will learn how to use an online tool to create maps that chart Metro Boston area history. Staff from the MetroBoston DataCommon, a provider of free applications that make it possible to map data, will collaborate with Joanne Riley, University Archivist at UMass Boston, to show lay historians, data fans, and map enthusiasts how visualizations of data related to our region can help us understand our history. Whether you are interested in exploring demographics, economy, the physical environment, politics or more, bring your curiosity and your questions. Our presenters will share examples and point the way to potential uses of digital mapping for your local history research. Space is limited; registration is required by November 5. Contact: programs@monh.org.