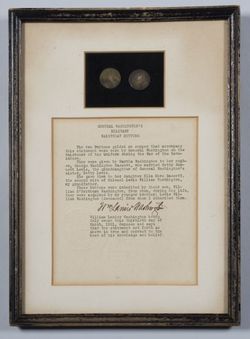 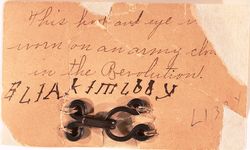 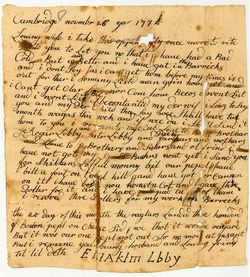 The oldest book in our library collection: A Geneva ("Breeches") Bible, 1580 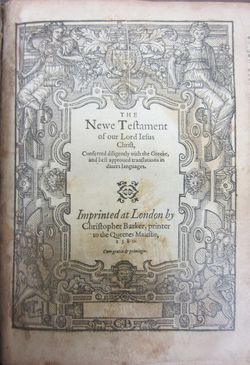 As the librarian here at the Scottish Rite Masonic Museum & Library, I occasionally get asked "what's the oldest book in your collection?" While age alone is not an indicator of rarity or value (whether financial or intrinsic), it's clear that people are moved by the survival of old books.

The oldest book in our collection is over 430 years old - a copy of the Geneva Bible, printed by Christopher Barker in London in 1580. The British Library gives a quick synopsis of the Geneva Bible: "English protestants in exile in Calvinist Geneva, Switzerland, produced a translation of the New Testament in 1557...followed by a translation of the complete Bible in 1560. Editions were printed in England from 1576 onwards."

The Geneva Bible, which was the first English translation from the original Hebrew and Greek texts (rather than from the Latin Vulgate), is sometimes known as the "Breeches Bible" for its rather unusual (some might say comical) translation of a passage in Genesis 3:7 about Adam and Eve: "They sewed figge tree leaves together and made themselves breeches." In our copy, a former owner noted the passage in red ink (see photo below). 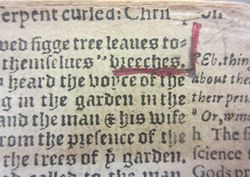 - The first performance of a Shakespeare play was still 10 years away (ca. 1590)
- The publication of the King James Version of the Bible (a reaction to the Geneva Bible) was over 30 years away (1611)
- The arrival of the Mayflower in modern-day Plymouth, Massachusetts was 40 years away (1620)
- And the beginning of the American Revolution was almost 200 years away (1775)

Although we don't know when - or with whom - our copy made its journey from England to North America, two ownership marks tell us that the book was once in Madison, Wisconsin and then in Bridgeport, Connecticut.

Pictured at top is the title page for the New Testament in our copy.

The Bible, translated according to the Ebrew and Greeke, and conferred with the best translations in diuers languages; with most profitable annotations vpon all the hard places, and other things of great importance ... [Geneva Bible]
London: Christopher Barker, printer to the Queenes Maiestie, 1580.
Call number: RARE BS 170 [1580]