Grand Lodge of the Indian Territory
Beginning the Next 200 Years 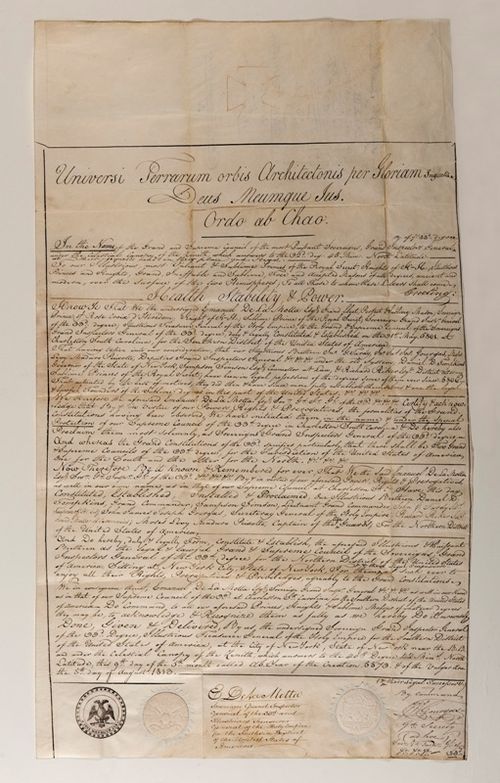 Today marks the 200th anniversary of the founding of the Scottish Rite's Supreme Council, Northern Masonic Jurisdiction, in New York City on August 5, 1813, the date of the warrant, or charter, shown above.

The actual charter itself is currently on view in the exhibition "A Sublime Brotherhood: 200 Years of Scottish Rite Freemasonry in the Northern Masonic Jurisdiction" here at the Scottish Rite Masonic Museum & Library in Lexington, Massachusetts.