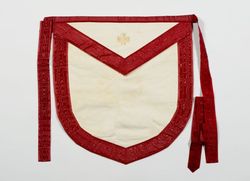 Hello Suzy - Thanks for reading our blog. Most of the Grand Lodges in the United States and around the world have libraries and/or museums. You could check some of their websites and see what they have to offer. The Grand Lodge of British Columbia has an extensive site with lots of helpful information. The Library and Museum at the United Grand Lodge of England has an online database that allows you to search their holdings. Thanks again for your interest in our blog! Aimee Newell, Director of Collections

This is awesome information! I have been looking into masonry toronto and I had no clue it was so historic just like this! Can you tell me where I might be able to find more information like this? I think it is super interesting!

Thanks Paul - we appreciate the positive feedback! Aimee Newell, Director of Collections

You are the best