At the Scottish Rite Masonic Museum & Library, we are conscious of the fact that Freemasonry does not take place in a vacuum. It is, and always has been, a part of a person's life. Freemasonry is one of many groups that a man belongs to - one that might overlap with family, business, religion, or friendship. To look at Freemasonry in its historical context then, is to understand how it fits into a person's life.

Of these seven men, three were Jewish - De La Motta, Simson, and Peixotto - and, just as Riker and Tompkins were politically associated outside of Freemasonry, these three men were culturally and religiously connected through their faith. For example, Simson and Peixotto were both members of New York's Congregation Shearith Israel. Is it possible to learn more about the communities that these men lived in and how their faith may have played a role in their lives?

In addition to De La Motta, Simson, and Peixotto, other prominent Jews involved with the establishment and founding of the Scottish Rite include Moses Michael Hays (1739–1805), as well as three of the Southern Jurisdiction's founding members - Abraham Alexander (1743-1816), Israel Delieben (1740-1807), and Moses Clava Levy (1749-1839). The library recently acquired the books below in an effort to help researchers contextualize the lives of  Jewish men who played key roles in the founding of the Scottish Rite. 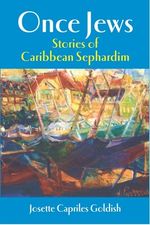 Emanuel De La Motta and Moses Levy Maduro Peixotto were both born into Sephardic families in the Caribbean (San Croix and Curaçao, respectively) before moving to the United States. Although this book does not mention either man specifically, there is useful information about Dutch trade and Sephardic Jews in the Caribbean, which is essential to understanding the movement of pre-Scottish Rite degrees from their arrival with merchants in the West Indies in the mid-eighteenth century to their movement out of the West Indies to New Orleans, Charleston, and Albany later in that century. The book contains useful information about the common usage of "double names" among Caribbean Sephardim, specifically mentioning the persistence of the double name Levy Maduro.

I was surprised to find that, although published twenty years ago, this book was not yet in our collection. Four of the first Supreme Council members of the world's first Supreme Council, founded in Charleston, South Carolina in 1801, were drawn from its Jewish community. This book is a great genealogical resource. For example, it led me to an obituary for Emanuel De La Motta that I have not seen referenced elsewhere. Although Freemasonry is only mentioned on two pages, the author notes that "Perhaps the best example of Jewish participation in life in Charleston is provided by the Masons." 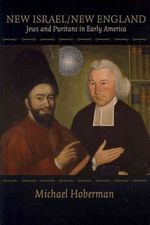 In addition to contextualizing the lives of Jews and Puritans in early America, this book devotes an entire chapter to Moses Michael Hays. Hays is remembered for many important roles that he played - both within Freemasonry and without. Within Scottish Rite Freemasonry is best remembered as having been deputized by Henry Andrew Francken (ca. 1720–1795) to spread the Order of the Royal Secret, which eventually led to the founding of the Scottish Rite. 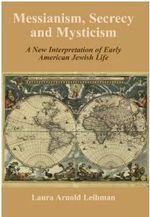 In addition to containing information about Freemasonry, this book also features analysis of how symbols shared between Freemasonry and Judaism might have been viewed by Jewish Masons in the eighteenth century. Also contains interesting speculation and analysis about the use of the Mosaic pavement (black and white checkered floor) in Sephardic synagogues and homes in the colonial Caribbean and the relationship to its use within a Masonic context.