Where - and When - Is This?
Now On View: Riley Whiting Clock 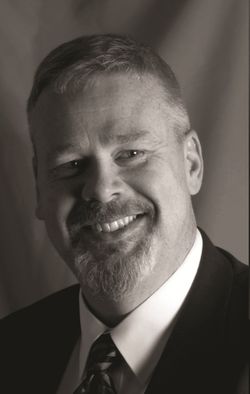 Michael A. Halleran, a freelance historian, practicing attorney and Freemason, sets the standard for scholarship on Freemasonry in the Civil War. On Saturday, April 28, 2012 at 1 pm, he will present a talk entitled “Gentlemen of the White Apron: Freemasonry in the American Civil War.” The lecture will reveal the history behind the many mythical stories of Masonic Brotherhood across the Civil War battle lines. A signing of his acclaimed book, The Better Angels of Our Nature, will follow. Admission is free.

Halleran's research has helped Museum staff better understand objects in our collection, such as silver Civil War identification badges that display Masonic symbols. Read our previous blog post about how pleased we were to learn more about these objects.

Halleran received the Mackey Award for Excellence in Masonic Scholarship by the Scottish Rite Research Society for his article on Civil War Freemasonry in that society’s journal, Heredom. He is a member of the Quatuor Coronati Correspondence Circle, and the Scottish Rite Research Society where he studies American military Masonry and the traditions of military lodges worldwide.

The Museum is offering the lecture series on occasion of the 150th anniversary of the Civil War. The series is designed to explore the history of this divisive conflict, and its meaning for our nation today. It is sponsored by Ruby W. Linn.

Upcoming lectures in the series are:

Among the Ruins: Charles F. Morse and Civil War Destruction - Saturday, September 29, 2 pm. Megan Kate Nelson of Harvard University will unfold the Civil War experience of one Massachusetts soldier, Charles F. Morse, an officer in the 2nd Mass. Rgt. His letters, drawings, and other contemporary images will draw us into the world of ruin and destruction that participants in the war found themselves confronting.

Quilts for Civil War Soldiers: Stories from the Home Front and the Battlefield - Saturday, October 20, 2 pm. Pamela Weeks, Curator of the New England Quilt Museum, knows the stories behind the rare surviving Civil War quilts made by caring hands for soldiers fighting for North and South. Learn about the quilts, their makers, life on the home front during the war, and about how civilians organized to get desperately needed aid and supplies to the battlefield.