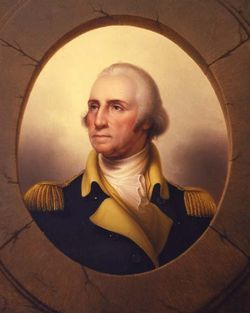 In 1795, at just seventeen years old, Rembrandt Peale (1778–1860) enjoyed the career-making opportunity to sketch George Washington (1732–1799) from life.  Rembrandt’s father, the established painter Charles Willson Peale (1741-1827), arranged the sitting with the president at his son's request.  The elder Peale knew the president personally, having made several portraits of him, the first painted in the 1770s.  Rembrandt was embarking upon his own career as an artist and hoped that a portrait of Washington would be an attention-getting feather in his cap. 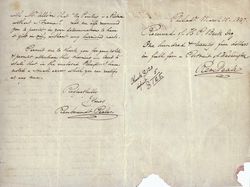 The first of these works descended in a Philadelphia family.  When the donor made the gift to the museum, he included a wonderful letter from Peale to the original buyer, Henry Paul Beck (1802-1874).  In this document Peale thanks the purchaser, compliments his taste, offers advice on framing and tactfully asks him to correct a payment error. He also suggests a reason why Beck bought the painting—Beck's father was Washington’s friend—a piece of information about the sale that would be difficult for us to know without this correspondence.

In both its creation and its sale, this painting’s story speaks to the power of firsthand experiences.  If 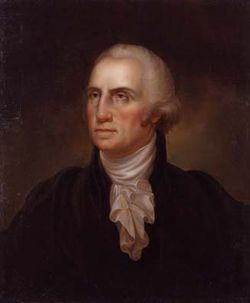 you would like to have your own firsthand experience of the painting, stop by Curators’ Choice:  Favorites from the Collection at the museum.