Richard Hatcher to Speak on "The Flags of Fort Sumter," Sept. 17

Fort Sumter, the scene of the first shots exhanged in the U.S. Civil War, still has vital significance for how Americans define themselves today. In April of 1861, South Carolina had seceeded from the United States, while Fort Sumter remained a bastion of Federal military authority in Charleston's harbor. An immense 34-star United States flag flew over the garrison. After Union forces were bombarded into surrendering the fort to Confederate troops, its new occupants replaced the garrison flag with not only the Confederate colors, but the palmetto flag of the new Republic of South Carolina. 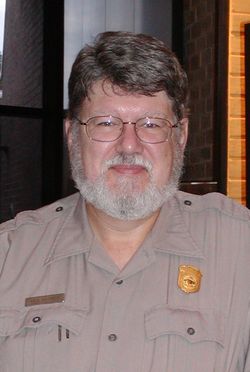 Richard W. Hatcher III, as the National Park Service's historian at the Fort Sumter National Monument, is entrusted with helping present generations better understand the site and its role in our national history. Moreover, he knows the symbolic power of these two flags, now part of the site's curatorial collection. Hatcher will share his knowledge with us at the Museum on Saturday, September 17 at 2 PM in a talk entitled, "The Flags of Fort Sumter: National Symbolism in the Civil War." He will offer insight into what new flags such as the palmetto meant to secessionists and how American flags that formerly signified national unity now became divisive. Join us for a lively illustrated talk that traces the history of the Civil War-era flags in the Fort Sumter collection.

This lecture is part of a series that celebrates the National Heritage Museum’s own treasured 15-star flag and explores the changing history of the American flag. Thanks to the generous sponsorship of Ruby W. Linn, the lecture is free to the public. For more information about this public program, visit our website or call the Museum during business hours at 781-862-6559. 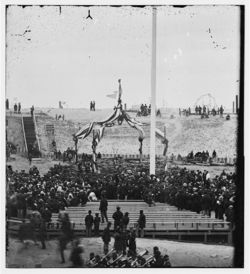 Richard Hatcher has had a deep and rich career as an historian with the National Park Service. Since 1992, he has served at Fort Sumter - Fort Moultrie National Monument. As site historian, he has played a leading role in reframing of how the Park Service interprets Fort Sumter to the visiting public. Over the past two decades, Hatcher and site staff have developed an engaging and inclusive story that does not shy away from some of the knottier dilemmas of the causes of the Civil War. Hatcher is the author of numerous Civil War-related books and articles.He is also a National Civil War Museum Advisory Council member and a regular speaker at Civil War Roundtables.