New Acquisitions: Not Your Grandfather's Freemasonry; or, Books on Freemasonry, Esotericism, the Mystical, the Occult, and "Fringe" Freemasonry
Patriots' Day Lasts All Week at the Museum! 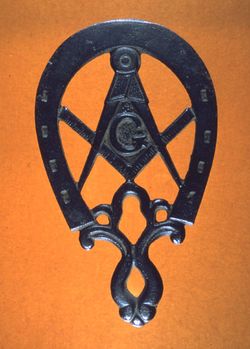 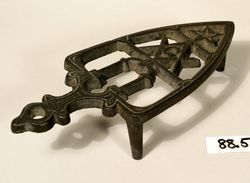 Hi Becky: Thanks for reading our blog. Your Odd Fellows membership certificate sounds interesting. Unfortunately, it is unethical for Museum staff to comment on the value of antiques (see our previous post about the reasons why - http://nationalheritagemuseum.typepad.com/library_and_archives/2009/07/the-question-we-cannot-answer.html). Maybe another reader will have some expertise to share? Or you could pursue an appraisal at an auction house in your area. Thanks again for reading our blog and commenting! Aimee Newell, Director of Collections

I have an Independent Order of Odd Fellow Membership Poster in thw Original frame, copyrighted by Joseph ASdams in the year 1907, Published by J. Adams Co. Indianapolis, Ind. It has color graphic of various symbols. The poster and frame is 32" height x 26" width. A name and information was never filled in. The frame is very detailed. Does anyone know the aproximate value?

Thanks Lynn! I am going to be sure to pass your comment on to Cathy. I'm sure she will be glad to know you enjoyed her post. And, I am glad you checked out our blog! Aimee Newell, Director of Collections

I really enjoyed this article! I shared it with the other trivet collectors at our Internet group "The Trivet Collectors Network". Join us ... it might just rekindle your interest in trivets!