Made in Japan
December Programs at the Museum 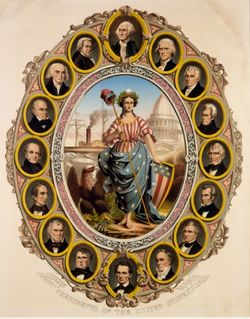 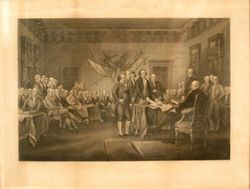 Many thanks for being a blog reader! I don't know which U. S. President was made an honorary member of the Grand Lodge of Scotland. Why don't you let us know--or perhaps another reader can tell us.

Thanks, Norman. We are glad to have you read our blog and give your opinion! Aimee Newell, Director of Collections

Hi Johnathon: Thanks for reading our blog and commenting. You make a good point that our study of history is reliant on our sources - and in the past, many sources have been lost for any number of reasons. My post above offers tallies based on existing evidence, as I explained - and some of the other comments have touched on the importance of defining one's terms. None of the Presidents mentioned in the post ever "hid" their Masonic connections; in general, they were proud to be Freemasons. Thanks again for reading our blog. Aimee Newell, Director of Collections

How would anybody really know who is with all the information that is destroyed and lost over time, and manipulated for the public eyes most people don't want their skeletons exposed especially in such a powerful position. I'm not truely doubting anyone just how would anyone really know unless they were there, and how come that every us president that actually has a plan for the people and not their pockets gets killed. Kennedy for example he spoke against the illuminati and shortly thereafter was killed? Anwsers people please it boggles my brain..

Hello Meachie: President Obama is NOT a 33rd-degree Mason. As you may know, the 33rd degree is an honorary award that is presented by the two American Scottish Rite jurisdictions. To become a Scottish Rite Mason, a man must first join his local lodge and receive the first three degrees. Then, if interested, he can join the Scottish Rite. Not all Scottish Rite members receive the 33rd degree. Thanks for reading our blog! Aimee Newell, Director of Collections

Is president Obama a 33°Mason?

Hello Joe: Thanks for your comment. You are correct, Jefferson was not a Freemason. Your point about Lyndon Johnson is a good one. As I mentioned in the post, we must be careful to explain how we are defining whether a presisent was a Freemason. There have been some other comments related to this question here. Generally, at the museum, we consider someone to be a Freemason if they received all three degrees and are officially a Master Mason. Thanks again for reading our blog and commenting! Aimee Newell, Director of Collections

There have been reports that Thomas Jefferson was a Freemason, but most researchers now believe there is no evidence of this.
It is reported that Lyndon B. Johnson was a Freemason in the sense that he took the Entered Apprentice but did not continue to the 2nd and 3rd degrees. Some would consider him to have been a Freemason,

Hi Eric: Such an eye for detail! The print accompanying this post does have images of 16 U.S. Presidents. It shows all of the U.S. presidents up to the time it was produced around 1861. However, as the post explains, only 14 presidents (up to the present time) have been Freemasons. I chose the image because of its depiction of the presidents; sadly, we do not have any prints in our collection that ONLY show the presidents who were Freemasons - this seemed to be the next best illustration for this post. Thanks for reading our blog and commenting! Aimee Newell, Director of Collections

I'm not sure if the picture of the US Presidents accompanying the article has and relevane, but it contains 16 persons. You state that only 14 Presidents were Freemasons. Am I missing something or does the picture not have anything to do with the correct reply?

Thanks Larry. We are pleased that you enjoyed this post. Thanks for reading our blog! Aimee Newell, Director of Collections

Hi Jack: Thanks for reading our blog and weighing in! I think you make some excellent points. Perhaps other readers will continue the debate! Aimee Newell, Director of Collections

I am of the belief that you cannot be considered a Master Mason until U have received the 3rd degree. This belief varies from jurisdiction to jurisdiction ie: (AF&AM vs F&AM)... Also I believe U cannot be considered a Mason just because U thought maybe someday U may belong !!! I have no idea what Presidents were 33 deg, EXCEPT for Harry S. Truman who was a 33deg. Thank you Jack Mitchell, 32 deg KCCH

Hello Robert: Thanks for commenting. It is NOT true that all presidents are a 33rd-degree Freemason. The 33rd degree is an honorary degree awarded to members of the Scottish Rite - an appendant order of Freemasonry (basically, once a man joins his local lodge and receives all three degrees there, he can choose to join (or not) the York Rite and/or the Scottish Rite). The Scottish Rite is known for its theatrical degrees - and the Scottish Rite's Northern Jurisdiction founded and continues to support the Museum. So, as for the Presidents - there are just a couple that received the 33rd degree, although off the top of my head, I can't tell you which ones.

To determine if a President was a Freemason, ultimately we need some kind of membership record from his home Grand Lodge. All of the U.S. Grand Lodges maintain membership records, although when you go back to the 1700s and 1800s, the information is not always complete. In my post above, I am relying on sources that have found documentation that the President received the Master Mason degree. Likewise, the Scottish Rite also keeps detailed membership information and publishes the list of men who receive the 33rd degree each year in its annual Proceedings. Please let me know if I can answer any additional questions. Thanks again for reading our blog and commenting!
Aimee Newell

how is the information verified? i have been told that all presidents have been or are a 33 degree freemason any truth to such statements?

Hi Michael - Thanks for commenting. I like your definition and I think that you make a good suggestion. I wonder if there are any sticklers out there who would differ. I think knowing the details is still useful, in case specific questions come up. Thanks again for reading our blog and sending along your comment! Aimee Newell, Director of Collections

I think that we could say - Presidents who had been or become Master Masons period. If they weren't at the time of signing, they obviously still had the character and drive to become a Mason as such.