Change to Symposium Program on April 9, 2010 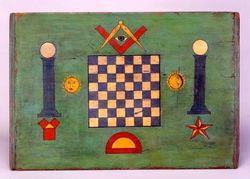 We recently had a change to the program for our Symposium on April 9, 2010, "New Perspectives on American Freemasonry and Fraternalism."  Adam G. Kendall of the Henry W. Coil Library and Museum at the Grand Lodge of California will now be presenting.  Read on for up-to-date information about the day.

The symposium will explore new research on American fraternal groups from the past through the present.  The keynote speaker is professor and author Jessica Harland-Jacobs of the University of Florida.  She will speak on how using world history methodologies furthers understanding of fraternalism as a historical phenomenon.  Other presenters from the United States, Canada and Britain include:

Registration is open; the deadline to register is March 24, 2010.  Please visit the Museum's website to register and for more information.