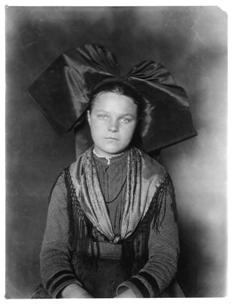 From October 11, 2008-April 26, 2009 the National Heritage Museum is presenting "Augustus Frederick Sherman: Ellis Island Portraits, 1905–1920," organized by the Aperture Foundation.   In working on the installation of the exhibition, we found these photographs of the people coming through Ellis Island both striking and evocative.

An amateur photographer and employee of the Executive Division of the Bureau of Immigration at Ellis Island, Sherman had access to immigrants detained at Ellis Island because they were ill or because inspectors sought proof of their means of support.  From around 1905 through the early 1920s, Sherman captured over 200 images (now housed at the National Park Service's Ellis Island Immigration Museum and the New York Public Library) of travelers and families from, literally, all over the globe. 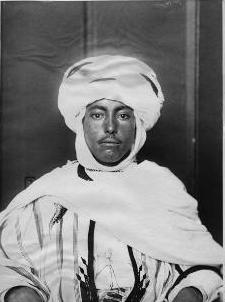 We are excited to share this show with our visitors.  It offers a view on a quintessentially American story that resonates personally for  many.  As noted in one of the exhibition’s text panels, more than 20 million people immigrated to America between 1892 and 1924. Over than 70 percent of them traveled through Ellis Island, an average of 5,000 immigrants per day during the peak years from 1905-1907. Today, historians believe that more than 40 percent of Americans are descended from these immigrants.  These compelling photographs draw us into their world and invite  you to imagine what the subjects’ or our own forebears’ experience was like.  We all live in the country that these travelers helped shape and build.

For more information see the description of the exhibition on our website.  As well, see the book that accompanies the exhibition,  Augustus F. Sherman:  Ellis Island Portraits, 1905-1920, published by the Aperture Foundation in 2005.  It includes an historical essay by exhibition curator Peter Mesenholler.